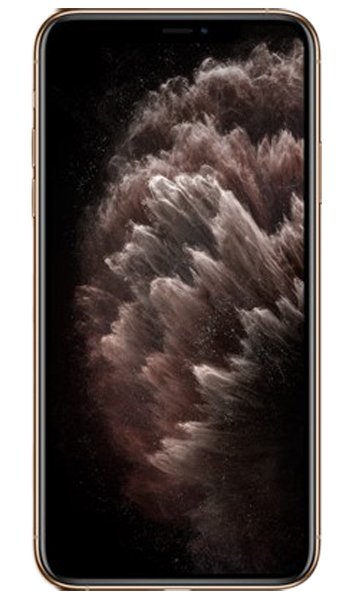 The iPhone 11 Pro is Apple's latest 5.8-inch smartphone. It features an upgraded glass body, an innovative three-camera system, the world's most powerful A13 Bionic mobile processor and many other impressive features.

When you visually compare the iPhone 11 Pro with last year's iPhone XS, you might think the smartphones are literally identical. The engineers have worked hard to improve and update the design of the model. At the same time, the shape of the case and its dimensions have remained unchanged. The effect comes from the glass. It has changed everything.

The back surface of the iPhone 11 Pro's case is covered by all-glass, which even covers the triple camera module. This glass has undergone a double ion exchange process. This accounts for its extra strength.

The outstanding achievement here is that the glass is changed to the touch. In iPhone 11 Pro, it is matt, which can be felt at the first touch. The difference with iPhone XS and iPhone X is impressive. Similar glass covers the front surface. The glass is joined by a stainless steel frame.

iPhone 11 Pro features a new Super Retina XDR OLED display with a diagonal of 5.8 inches (6.5 inches on iPhone 11 Pro Max). Yes, Apple has developed yet another new type of screen. One of the key features of the Super Retina XDR display is its brightness. It has two maximum levels for different brightness. In sunny weather, the maximum screen brightness reaches 800 cd/m². This is quite sufficient for comfortable viewing of content, even in direct sunlight on the display.

And when the user is viewing HDR content on their iPhone 11 Pro, the maximum brightness increases to an even more impressive 1200 cd/m²! This brightness is similar to that of the super-expensive Apple Pro Display XDR professional monitor!

The iPhone 11 Pro's display contrast is 2,000,000:1 and pixel density per inch is 458 ppi. The high-quality matrix delivers even colour reproduction across the entire screen area. Apple has provided True Tone support, but not 3D Touch. Yes, the company has given up on 3D Touch. However, the gestures of the latter remain. In iOS 13, they have been replaced by Haptic Touch gestures.

The iPhone 11 Pro's performance is handled by a system with Apple's A13 Bionic processor, which is the world's fastest mobile chip.

The A13 Bionic chip features two performance cores that are 20% faster and 40% more power efficient. Four cores responsible for power efficiency are also 20% faster and consume 25% less power. In other words, everything has gotten better compared to the previous record holder A12 Bionic.

As for the GPU, which is integrated in the A12 Bionic, it is 20% faster and uses 30% less power. Note how Apple has increased energy efficiency literally wherever it can. You'll find out soon enough what effect this has had.

The 8-core Neural Engine machine learning system has also gotten faster - up to 20%. It has added two new accelerators that perform matrix computations up to 6 times faster.

The iPhone 11 Pro is Apple's first triple-camera smartphone. Let's get to know the sensors:

The cameras are mounted on a slightly convex platform with rounded corners. This design of deploying the cameras was revealed back at the beginning of the year by inside sources.

With the iPhone 11 Pro's cameras, you can create photos in different modes, at different angles and zooms. Control is done using the updated Camera app. In it, Apple has allowed users to see what's happening outside the confines of the frame. Super elegant solution.

The cameras also offer a special night shooting mode. It works like this. When the user takes a photo, the camera creates a series of shots, the flickering of which is instantly eliminated by optical stabilization. Algorithms are then turned on to eliminate the fuzzy areas and merge the clearest ones.

The smartphone features a new QuickTake feature for capturing quick videos. It allows you to record a short video directly from photo mode.

The front TrueDepth camera has become wide-angle and received an increased resolution of 12 MP, along with the ability to shoot original slow motion selfies at 120 frames per second. Apple has dubbed them "sloofies". In addition, the front camera can shoot 4K resolution video at 60 frames per second.

The True Tone flash has also received a nice improvement. On the iPhone 11 Pro, it's 36% brighter.

Apple has managed to improve this metric with the help of several steps. First of all with the new Super Retina XDR display, which is 15% more energy efficient. It also helps the operating system, which has a dedicated performance controller that allocates resources. The main credit, of course, goes to the processor. The Apple A13 Bionic chip triggers 4 power-efficient cores to perform routine tasks. The performance cores are resting at this time to keep the load off the device.

As for fast charging technology, it has not improved compared to previous models. To charge the iPhone 11 Pro from 0 to 50% will only take 30 minutes.

The iPhone 11 Pro is protected, like its predecessors, to the IP68 standard. The device survives depths of up to 4 metres. It doesn't shy away from drops and splashes. Fully protected from dust inside the case.

How much does Apple iPhone 11 Pro cost?

The base approximate price of the Apple iPhone 11 Pro was around 1150 EUR after it was officially announced. At this point, the price may be lower.

What is the release date for Apple iPhone 11 Pro ?

What is the weight of Apple iPhone 11 Pro ?

What is the screen size of Apple iPhone 11 Pro, how big is?

What are the dimensions of the Apple iPhone 11 Pro, what are the sizes ?

How many cameras does the Apple iPhone 11 Pro have?

How to turn off Apple iPhone 11 Pro ?

How to restart Apple iPhone 11 Pro ?

How to take a screenshot on Apple iPhone 11 Pro ?