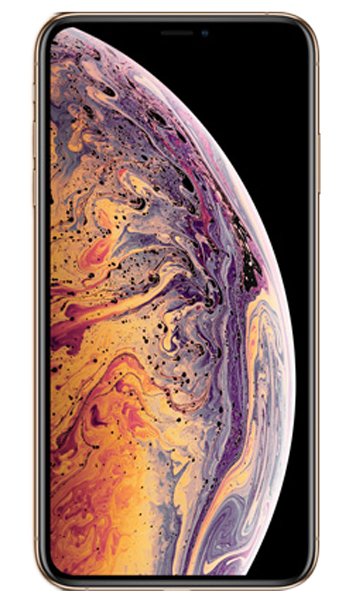 The iPhone XS, like any new smartphone from a leading manufacturer in the technology industry, offers a range of better features. These are immediately noticeable - a new SoC complemented by a machine learning system, more RAM, maximum flash memory up to 512 GB, and also an increased degree of protection against water - IP68. In practice, this means that the smartphone will not perish when immersed in fresh water at a depth of up to two meters for a maximum of 30 minutes.

What else to expect from this Apple model? We explain right away.

In appearance, the iPhone XS is not at all different from the iPhone X. The dimensions of the case have not changed by a millimetre. The arrangement of the elements is the same. To distinguish the two phones from each other can only by the Apple logo.

The iPhone XS comes in several colours - silver, space grey and gold. With regard to the last color, it should be noted that Apple's designers have managed to find a really interesting shade.

The screen parameters of the iPhone XS are identical to those of the iPhone X. It is made using OLED technology. It has a diagonal of 5 inches and a resolution of 2436 x 1125 pixels. The density is 458 ppi.

The face of the screen is created in the form of a glass plate with a mirror-smooth surface. It is scratch resistant. Judging by the reflection of objects, the user gets anti-reflection properties better than those of the Google Nexus 7 (2013) screen.

If you look at the device's specs, you'll find that the iPhone XS's screen is slightly darker. The manufacturer has provided a special oleophobic coating, due to which fingerprints are easily removed.

The maximum brightness of the screen is about 620 cd/m2, and the minimum - 1.8 cd/m2. What does this mean? The user will have no problem deciphering information from the screen even if they are under the open sky and the sun is shining brightly. In complete darkness, the brightness can be lowered to a level that makes reading comfortable and does not provoke eye strain.

In other words, the iPhone XS screen is big enough to enjoy watching movies on it, replying to messages, image processing and playing your favourite games. Plus, it's sized so it's nice and light and fits in your pocket.

This smartphone from the Cupertino company runs on a new A12 Bionic platform instead of the familiar A11 Bionic from its predecessor. The RAM is not 3 GB but is 4 GB.

For the A12 Bionic, we know that it incorporates a 6-core computing processor. Four cores are responsible for efficiency, the remaining two for performance. When the iPhone XS performs a complex task, such as running a heavy game or app, the performance cores are activated at full power. They're aided by the power-efficient cores. Thanks to this technology, even complex tasks run in the blink of an eye.

When the iPhone XS is performing normal everyday tasks, it's mainly the power-efficient cores that are running. This system allows the smartphone to consume far fewer resources. Up to 50% less compared to iPhone X.

The A12 Bionic system also integrates a 4-core GPU, which is also an Apple development. Its key feature is the support of data compression technology without loss of quality. It opens serious horizons for users and developers.

The compact iPhone XS has 64/256 or 512 GB of internal memory. So far, no other Apple smartphone has offered 512 GB of memory. The maximum on the iPhone 8, iPhone 8 Plus and iPhone X was 256 GB. This means that in the iPhone XS we have a double increase.

The iPhone XS camera is identical in specs to the one in the iPhone X, but that shouldn't fool you. There are significant changes. These include deeper pixels, a new image processor and support for the unique Smart HDR mode - these allow the iPhone XS to take phenomenal quality photographs.

The main camera is dual, vertically positioned and nicely protrudes above the body. Its resolution is 12 MP. The aperture of the wide-angle lens is f/1.8, while the telephoto lens is f/2.4. The camera supports 2x optical zoom and 10x digital zoom. Both units support optical image stabilization.

A key change in the iPhone XS camera we see in the Portrait mode - it allows the user to take photos with a depth of field effect. The bokeh effect shooting mode has also been improved. Both the background and subjects are now defined noticeably more accurately. The overall quality has increased.

iPhone XS has also gained support for the new Smart HDR mode. Like the usual HDR, this "smart" version manages to bring out details of the darkest and brightest areas of the photo. How does it achieve this? By using the full power of the new signal processing engine. As a result, the details become more visible.

iPhone XS is not afraid of water. The smartphone can boldly be submerged to a depth of 2 meters. You can even keep it there for up to half an hour.

Few expected Apple to raise the degree of protection of iPhones against dust and water. It did. So the iPhone XS is now certified to the IP68 standard. In other words, no dust can get into its casing, and under water the device feels at home. Previous iPhone models, for your information, had IP67 protection.

The iPhone XS is a competitive contender in the fight for long-lasting autonomous operation. The smartphone will serve the user up to 23 hours in talk mode, and in daily mode even offers two nights of autonomy.

This model is equipped with a lithium-ion battery. Its capacity is 2658 mAh. The smartphone supports fast charging technology. So, in just 30 minutes you will have up to 50% battery charge. And that's not all. The manufacturer has also provided wireless charging support.

Phone XS is a smartphone that does not offer a revolutionary change. At the same time, the user gets more performance, plenty of memory and the ability to record video with stereo sound. Let's not forget the advanced camera features and protection against dust and water. Of course, the device comes in gold!

How much does Apple iPhone XS cost?

The base approximate price of the Apple iPhone XS was around 1150 EUR after it was officially announced. At this point, the price may be lower.

What is the release date for Apple iPhone XS ?

What is the weight of Apple iPhone XS ?

What is the screen size of Apple iPhone XS, how big is?

The screen size of the Apple iPhone XS is 5.8" inches.

How many cameras does the Apple iPhone XS have?

How to turn on Apple iPhone XS ?

How to turn off Apple iPhone XS ?

How to restart Apple iPhone XS ?

How to take a screenshot on Apple iPhone XS ?