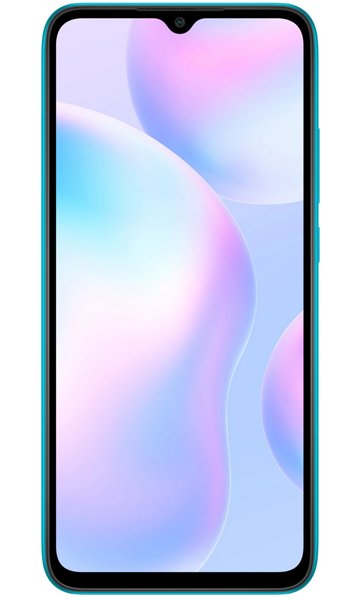 Here you will find everything about the Xiaomi Redmi 9AT

Xiaomi Redmi 9AT is a new addition to Xiaomi's Redmi 9 series. The device came on the market in September 2020 and attracted the attention of consumers around the world with its low price. Looking at its technical characteristics, you can not help but notice that a good choice of features and new technologies. What exactly does the Xiaomi Redmi 9AT offer - you will find out in the following lines.

Visually, the Xiaomi Redmi 9AT carries the features of its series. We see nicely rounded edges of the case, which is made of plastic. The dimensions of the device suggest that it is compact, although the screen is large. The thickness and weight of the Xiaomi Redmi 9AT make an impression - but there is a logical explanation for them as well. Beneath its hull lies a large battery.

The smartphone is available in three attractive colors - gray, blue and green. Whichever one you choose, you won't regret it. The back is shaped attractive and memorable. The main camera is positioned vertically in the upper left corner, and low down we see the Redmi designation.

Xiaomi Redmi 9AT is equipped with a 6.53-inch IPS LCD display with a cinematic aspect ratio of 20:9. The screen enjoys a colorful and bright picture. The resolution is 720x1600 pixels. The frames around the screen are minimal - typically in the spirit of design trends in recent years. On the front side we see a barely noticeable slit for the front camera. In this way, the screen takes up as much space as possible. This is an advantage for anyone who likes to watch videos and play games on their phone.

The ratio of the screen to the entire front surface of the smartphone is a little over 81%, which is a relatively low figure. However, you will have a large enough area to enjoy different content.

To protect the user's eyesight, Xiaomi has provided blue light protection technology. Thus, prolonged use of Xiaomi Redmi 9AT does not cause eye fatigue and discomfort.

The smartphone is based on a modern MediaTek Helio G25 processor, which provides a good impression when working with various applications, games, documents, photo editing, videos, etc. The device responds instantly to all commands. A special technology called HyperEngine turns the gameplay into a smooth process, providing realism to the characters and visual effects.

To achieve this result, Xiaomi has relied on an 8-core chipset - four Cortex-53 clocked at 2.0 GHz and four more Cortex-53 clocked at 1.5 GHz. They are combined with a PowerVR GE8320 graphics processor and 2 GB of RAM. The internal storage is 32 GB, which you can expand with a microSDXC memory card when full. It is noteworthy that the memory is at a basic level. This can be a problem if you have a habit of using resource-intensive applications and games.

Xiaomi Redmi 9AT is based on Android 10 operating system and MIUI 12 interface.

In this smartphone of the Chinese company you have facial recognition technology for unlocking. No fingerprint scanner option.

Xiaomi Redmi 9AT is not designed for photo maniacs. It has a single 13-megapixel rear camera with LED flash and HDR mode support. With it you can record video with a resolution of 1080 pixels at 30 or 60 frames per second. The front camera is a 5-megapixel wide-angle camera with an aperture of f / 2.2. She will delight you with decent selfies.

Xiaomi Redmi 9AT has a powerful non-removable battery with a capacity of 5000 mAh, which provides up to 19 hours of continuous video watching and up to 14 hours of gaming. Xiaomi's proprietary power optimization technology ensures you don't need a charger in the middle of the day. According to the manufacturer, the battery has a longer service life, which ensures that it will serve you fully for at least 2-3 years.

If you are looking for a modern device at an affordable price, consider the Xiaomi Redmi 9AT. This device may not be close to the flagship profile, but it offers basic features that will make it complete for many users. Many people will like the protection of the vision and the energy saving mode, especially if the photo capabilities of the device are not a priority for them.

In addition, we must add the fast operation of the facial recognition system and the huge screen on which you can enjoy a variety of content.

Xiaomi Redmi 9AT - comments and opinions

How much does Xiaomi Redmi 9AT cost?

The base approximate price of the Xiaomi Redmi 9AT was around after it was officially announced. At this point, the price may be lower.

What is the release date for Xiaomi Redmi 9AT ?

What is the weight of Xiaomi Redmi 9AT ?

What is the screen size of Xiaomi Redmi 9AT, how big is?

What are the dimensions of the Xiaomi Redmi 9AT, what are the sizes ?

Does Xiaomi Redmi 9AT support 5G?

Is Xiaomi Redmi 9AT waterproof?

Does Xiaomi Redmi 9AT have fast charging?

Does Xiaomi Redmi 9AT have wireless charging?

Does Xiaomi Redmi 9AT have Google Play Services? ?

How many cameras does the Xiaomi Redmi 9AT have?

How to turn on Xiaomi Redmi 9AT ?

How to turn off Xiaomi Redmi 9AT ?

How to restart Xiaomi Redmi 9AT ?

How to take a screenshot on Xiaomi Redmi 9AT ?

Samsung Galaxy A12 VS Xiaomi Redmi 9AT