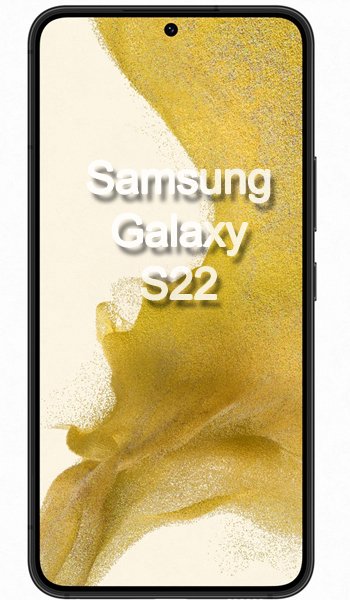 In February 2022, the South Korean company Samsung introduced its new flagships, including Galaxy S22, Galaxy S22 + and Galaxy S22 Ultra. Each of them is impressive in itself, and in the following lines we will take a closer look at the most affordable among them - Galaxy S22. In it, the developers have focused on cameras. Thanks to Adaptive Pixel technology, you can create quality photos and videos at any time of the day. In addition, the smartphone has advanced artificial intelligence and an exciting Dynamic AMOLED display with a refresh rate of 120 Hz.

Galaxy S22 is available in several exciting colors - black, white, gold, blue, purple, cream and graphite. Unlike most Android smartphones on the market, this one is compact and is an excellent choice for people who need to be able to work with the device with one hand.

The design of the Galaxy S22 shows Samsung's courage to find new ways to make smartphones even more attractive. Although the standard elements are in traditional positions - the rear camera is in the upper left corner, the front is in a round slot, the new flagship looks different and will be desired by many. The perfect workmanship contributes to this, complemented by skillfully selected colors.

For more strength, the Galaxy S22 is covered with Corning Gorilla Glass Victus + protective glasses both front and rear. There is also protection according to the IP68 standard against moisture and dust inside the housing. The frame is made of Armor aluminum.

Galaxy S22 has a 6.1-inch AMOLED display with FHD + resolution and a refresh rate of 120 Hz. Compared to its predecessor, the diagonal has decreased by 0.1 inches. However, the quality remains strikingly high. The picture on the display will impress you with its colors - they are bright and saturated, black is super dark, and you have an excellent margin of brightness. Built-in it you will find the fingerprint scanner.

Samsung offers the Galaxy S22 with two different chipsets depending on where the smartphone is available. For the US and Asia, it is equipped with Qualcomm SM8450 Snapdragon 8 Gen 1, and for Europe and the rest of the world - with Exynos 2200. In general, the latter is not as powerful as Snapdragon, but most users will not notice the difference. In both cases, it is a top solution on the market, worthy to compete fiercely with the flagships of competitors. Galaxy S22 is a coveted asset for anyone who loves to play games, edit videos and use various applications with artificial intelligence.

Both chipsets come with 8 or 12 GB of RAM and 128 or 256 GB of storage, respectively. There is no possibility to increase the latter. At the same time, the user can count on the support of 5G networks. The smartphone comes with Android 12 and One UI 4.1.

Galaxy S22 has the same 10-megapixel front camera and 12-megapixel ultra-wide camera we know from its predecessor. We see a change in the main module and the telephoto lens. In the first case, it increased from 12-megapixel to 50-megapixel. Improvements to the sensor have paid off - standard photos are now brighter and more colorful. At the same time, the telephoto lens is no longer 64 MP, but only 10 MP. The cut is compensated by a better optical approximation - three times.

In the camera application you will find well-known and practical in everyday shooting modes, such as Single Take and Dual View. In this line of thinking, the Galaxy S22 will not seem much different in terms of photographic capabilities.

The Galaxy S22 also has cinematic detailing of the picture. There is also super HDR with algorithm optimization using a 4-nm processor. Additionally, Samsung has provided an analysis of the scenes and movements of the site. There is also improved stabilization.

The front camera is single, 10-megapixel and allows you to use the dual video call feature.

Under the elegant vision of the Galaxy S22, lie out of the blue little battery. Capacitance 3700 mAh - from 300 mAh, little by little, chipped away in the last model. Good novelty, that the manufacturer has tried to optimize the consumption of charge and tosi, starting to lower the capacity, not to the detriment of autonomous work.

The set with the device varvy sjs charger for barzo pre-charged with a power of 25W. Tozi indicator may be yes, the story on the right looked modest, but think a pack. The battery on the Galaxy S22 is not without capacity - i.e. in a super short time, renew your battery with a new 100% charge. Tryabva yes imate foresee more, than the 4-nm processor is more energy efficient in comparison with the pre-generation. K'm tova tryabva, let's add that it's updated on the screen so work economically.

You can still crawl from the function beyond lifelessly and back again. Those with known speeds from the original version are 15W and 4.5W respectively.

For a minimum of glare, the rear camera on the Galaxy S22 is made from a specially nano-coated Super Clear Glass. According to the assurances of the manufacturer, such a reduction will be clear from up to 98%.

With Quick Share, you can share videos, snapshots, and other files between devices in one piece. For the purpose of trying, yes, rip out the panel for the part-timers, soak up the C phone and give the command “Isprati”.

Samsung has also provided the Detail Enhancer option for the super-impressive shots. Tryabva and I start, go ahead and remember and take off. Such an art of intellect will help you to choose the maximum quality in the picture. The same regulation of senkite and more sjzdade accents.

With the Galaxy S22, you can make sure you don't miss out on the shots and objects. With the Director`s View function, you can also shoot at the same time from all sides of the camera.

The flagship support is also in sync with the Galaxy Tab S8 Ultra. Maybe you can work on two screens at the same time, or you can save and write on one screen and continue on another.

With Google Duo, you can save a lot of taifa and watch a match or other hit. You just need to put the video on the screen on the TV.

Another practical feature on the Galaxy S22 is that you can access your favorite apps directly on your computer. For yes, get out of the function, try and use the menu "Application speed". Prez it can and will give you access from the desktop to the last three applications that have been used on the phone.

Every next generation of Samsung's flagship is worth it, without dory, we know how it is. Galaxy S22 is a good continuation of tradition for the company. The device offers a new design and hardware characteristics, which will give it a pre-competitive market. Tosi model is a good deal for everything, some tursi modern functionality and an affordable price. All in all, introducing a ni-compact flagship Android smartphone for the last few years.

Phone is great but not including a charger is doing nothing for the environment as it uses a different charger for from my previous fone ... and paying 18k PLUS for a fone demands it comes complete with the 200 bux charger , my next fone will not be a samsung because we are being ripped off like this

How much does Samsung Galaxy S22 5G cost?

The base approximate price of the Samsung Galaxy S22 5G was around $ 799.99 after it was officially announced. At this point, the price may be lower.

What is the release date for Samsung Galaxy S22 5G ?

What is the weight of Samsung Galaxy S22 5G ?

What is the screen size of Samsung Galaxy S22 5G, how big is?

What are the dimensions of the Samsung Galaxy S22 5G, what are the sizes ?

How many cameras does the Samsung Galaxy S22 5G have?

How to take a screenshot on Samsung Galaxy S22 5G ?